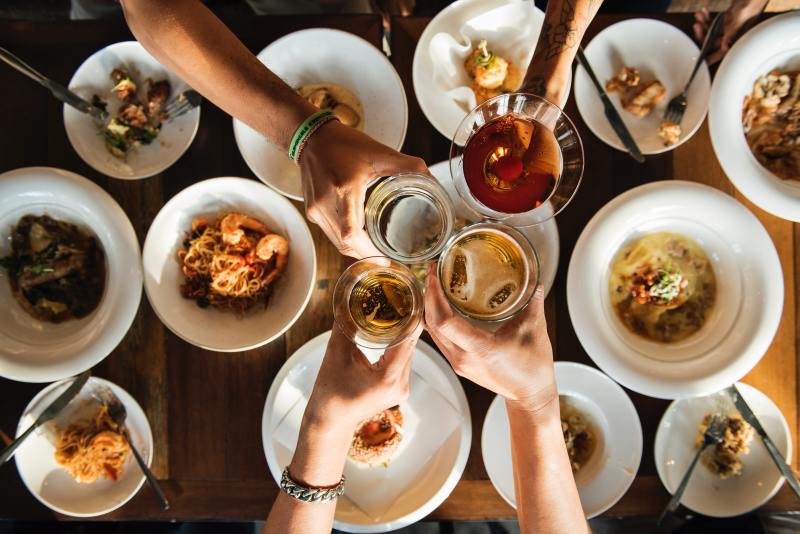 For some travellers, exploring a new city is about the country’s history, main attractions and meeting locals. But, for the rest of us, it's an excuse to stuff our faces with all the local cuisine. As France’s ‘gastronomical capital’, no trip to Lyon is complete without the mouth-watering, stomach-bursting, eating culture that it’s come to be known for. Here, with insight from a Lyon local, we share some of the top spots to wine and dine in France’s third largest city.

In France, food is taken VERY seriously; snacks between meals are a no-no and, when it is time for a meal, expect HOURS. So, it’s little surprise that the French have also created clear categories for restaurants defined by the type of food that they serve. The ‘Bouchon’ is a type of restaurant found exclusively in Lyon and is essential for any foodie who enjoys a challenge. These traditional restaurants have a reputation for serving ridiculously generous portions of local cuisine which essentially consists of fat-dripping sausages, indulgent pâtés, and juicy roasted meats. Chez Mounier is one of Lyon’s most respected bouchons and, the traditional meals consist of around four courses; a salad (we recommend the salon Lyonnais...it has bacon), a meaty main, an indulgent cheese course and, of course, a dessert. Pair your meal with a full-bodied Beaujolais, Lyon’s local wine, and walk it off by the scenic Bridge Guillotiere.

A ‘brasserie’ is another type of restaurant and is basically the French version of a pub, serving local beers and ciders as well as traditional French dishes. Brasserie le Nord is one of the most well-known of its type in Lyon as it was opened by the late chef Paul Bocuse who is recognised internationally as French culinary royalty. Here, adventurous foodies will have the chance to go très traditionnel with their dinner options as garlic-drenched snails (a.k.a escargot) sit right at the top of the brasserie’s menu. Alternatively, quenelle (a mixture of creamed fish or meat and eggs) is a Lyon classic well worth giving a go.

For an all in one... Les Halles de Lyon

Embedded content: https://www.instagram.com/p/BxPMpwjnybW/ Another ode to the Bocuse legacy, Les Halles de Lyon is a one-stop-shop for every culinary gift Lyon has to offer. This endless food hall is the perfect opportunity to sample everything from lobster, wine, and champagne, to charcuterie, cheese, and dessert - it's all here. To make the most of Les Halles, head over with an empty stomach, a loose pair of trousers and enough time to complete (at least) one lap around the building. For those with a sweet tooth, a praline tart is a necessity.

A boulangerie is a bakery that specialises in bread and is not to be confused with a patisserie which specialises in sweets and pastries. Boulangerie du Palais sits inbetween, offering the perfect blend of classic baguettes, praline filled brioche and chocolate snails (not escargot, but a snail-shaped pastry - confusing, we know!). Perhaps due to its location, this is one of the most popular and loved boulangerie/patisseries in Lyon.

Embedded content: https://www.instagram.com/p/Bt1NkPyHgX3/ Located around a 20-minute drive from Lyon’s centre, the owners of this simply titled spot spent less time thinking of a name and more on creating one of the tastiest and best value-for-money. A hidden-gem amongst locals, Le Restaurant can be found in the suburb of St. Priest and is one of a handful of places where you’ll experience Michelin-guide quality nosh for less than €30. Made from entirely locally sourced ingredients, each dish takes a twist on a French classic – think inside-out Creme Brule and mish-mashed beef tartare.

Have you ever heard of the ‘French Taco’? Well, it's nothing like a Mexican taco. However, it’s one of the most mouth-watering creations known to France. If a panini and a kebab had a baby, the French Taco is it. This fast-food creation is a combination of meat, French fries and numerous fillings held together by a special cheese sauce encased in a fresh panini pressed tortilla.

O’Taco’s is the OG of Lyon’s French Taco spots, and it's not uncommon to find a long queue of hungry locals eager to get their cheesy, meat-filled fix. Priced from just €5, this is the ultimate option for the experimental foodie.

In Need of Inspiration? Check out our European city guides: